How can animated films engage critical themes of diversity and inclusion? That was precisely the question at the center of Intermediate Animation, an art class taught by Elyse Kelly as a Doyle Seminar in spring 2020.

Doyle Seminars are small, upper-level classes that foster dialogue on diversity and difference through student research and co-curricular learning. The seminars are sponsored by the Doyle Engaging Difference Program at Georgetown University.

Students in the animation class not only developed technical skills in film production but also explored global issues of difference and diversity.

Sarema Shorr, an exchange student at Georgetown for the 2019-2020 academic year who is in her final year of study at Edinburgh University, appreciated the global perspectives emphasized in the class.

“We would often watch different short films and discuss them, having critical discussions about what we liked and disliked, what was effective,” Shorr said. “Often the films were from the independent scene, and so much of what we were watching was global.”

The assignments for the class also worked to engage cultural difference by introducing students to new perspectives, says student Shana Shin (B’22).

“There was one assignment in particular where we had to make an animation based on an artwork from someone who comes from a different background than us,” shared Shin, who produced a film inspired by an artist who grew up in communist China.

Assignments for the class also gave students the creative freedom to explore their own interests while practicing experimental and traditional animation techniques.

“For every assignment, Professor Kelly required the students to use a certain technique learned during the class,” said Shin. “But the topic was up to the students, allowing us to deliver our own stories.”

For her final project, Shorr produced a short film entitled “Time in the Mind,” exploring a journey of personal growth. 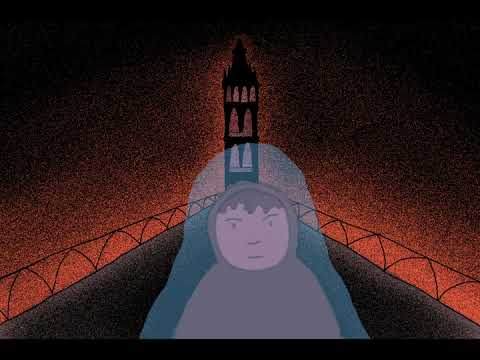 “The piece is about accepting your regrets as making you the person that you are,” she explained. “The main character returns home—not as the child they were—but as the person they are now.”

“Professor Kelly is very good at managing the discussion to be very inclusive and to create a very safe environment for students to share their stories,” explained Shin. “That ignited a lot of meaningful discussions during the class.”

That dedication to creating space for inclusive discussion was especially important to Shin, who produced an animated film about her family for the final project. 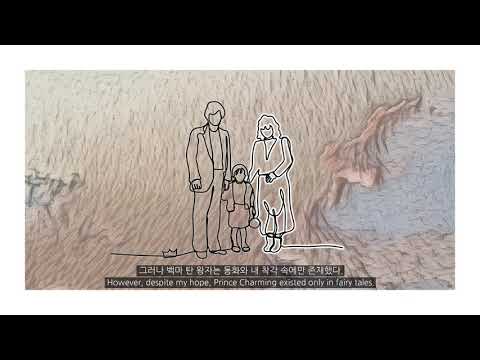 “The story I used was written by my mom—her experience of going to work, raising kids, and how she feels every day,” she explained. “I am very grateful for her sacrifice and contribution, so I wanted to use the final project to express my gratitude to my mom.”

The Doyle Seminar promises to have a lasting impact on students in the class, as they continue to develop on both an artistic and personal level.

“Getting to develop skills in animation—and to understand how even small visual elements can mean so much—will be very useful for me going forward,” said Shorr, who is currently applying to graduate programs in filmmaking.

Shin echoed the sentiment and emphasized how the class cultivated cura personalis (care of the whole person), a precept of the Georgetown education.

“Some of my closest friends at Georgetown are from this class,” Shin shared. “The class discussions provided a safe space to discuss really personal things, allowing me to grow in perspective."