Between Foreign and Familiar: Going Home

Way back when I had just started my study abroad program at Oxford and before the world was struck by a pandemic, I wrote about the complexity of identity that emerged as I lived outside my home country, Singapore, as an international student, ex-pat, migrant, or whatever you call it. Now, instead of returning to Doha for the fall semester of my senior year at Georgetown University in Qatar, I’m on another side of the world in Singapore. Typically, everything Georgetown would not be associated with Singapore physically since I only return for a short trip in the summer, but this time it feels like my two separate worlds have collided and have to merge. It is both surreal and perplexing that I am finishing up college from the same place that I went to kindergarten.

The cultural perception of college is no doubt centered on being academically challenged, but being surrounded by friends from around the world is especially crucial to the entire experience for an SFS student like myself. Where else could you actually put diplomacy into practice on a daily basis? Now, I am still surrounded by my friends, albeit virtually. In the current state of our world, people have been reduced to little boxes on Zoom, and the perception that this situation is temporary is slowing wearing off as we come to terms that we have to live with this environment for an almost equal, if not longer, period of time since the onset of lockdowns in March.

All of us know the state of things today. Yet, each of us has different experiences in how we have dealt with this new reality. For many of us, relocating—whether it be from DC to your home state or across oceans—has been a forced undertaking this year. And it is not just the act of moving per se that is cumbersome and tedious (more so in the middle of a pandemic), but the fact that you have to start all over again when you move. Sure, FaceTime and Zoom help bridge the physical gap inherent in long-distance friendships, but I find it incredibly frustrating that friends that I met up with at our go-to bar in Oxford just weeks ago have now been reduced to 2-D figures on my screen. I have become all the more reliant on technology, which, in turn, leads to sudden burnouts due to screen fatigue.

Lines are blurred as a result. I know I am in Singapore, but I feel not quite so since people are just a video call away. Compartmentalizing and the ability to adapt to new places and new people are part of studying abroad. However, moving from Doha to Oxford, then to London for a summer internship, and now Singapore has actually made me rather weary. In some ways, it is great to return to base camp in Singapore and recharge my batteries. Yet, discovering new facets of the city after an extended stint abroad has been both exciting and uncomfortable. Exciting, because I now have new interests that 19-year-old me wouldn’t have cared about when she was living in Singapore then, and uncomfortable because conversations with friends abroad who come from a tapestry of countries make you more critical of your own. I have discovered some rather unsettling things about Singapore, like how my race is stated on my national ID card, something I once thought was just protocol and appropriate. Being even more acutely aware of my minority status after returning makes me question my sense of belonging as a citizen in Singapore and why we are resistant to a diversity of thought despite being a multicultural society.

My biggest concern about moving back was re-assimilation. We talk about reverse culture shock in the Junior Year Abroad Network, and I feel it whenever I return to Singapore. Too foreign to be familiar, too familiar to be foreign: That is the nexus nomads like myself face. Working from home now, too, is inertia for getting out; much less so is the fact that social gatherings are infrequent due to the pandemic.

The first few days of my two-week hotel quarantine were a drag, but then I found a few people also quarantining in the hotel, and we did what people do these days—jump on a Zoom call. That became a nightly thing and a form of escapism. We all had the same, equalizing hotel room backgrounds. It did not matter where we came from or where we were going since we were in the same boat. It was great to have a community, and it was a reminder that humans are inherently adaptable, and hence, we will find a way to survive and thrive in a new environment. It is also worth a reminder that because of our adaptability, discomfort is only temporary—just like this pandemic, even though it may not feel so now. 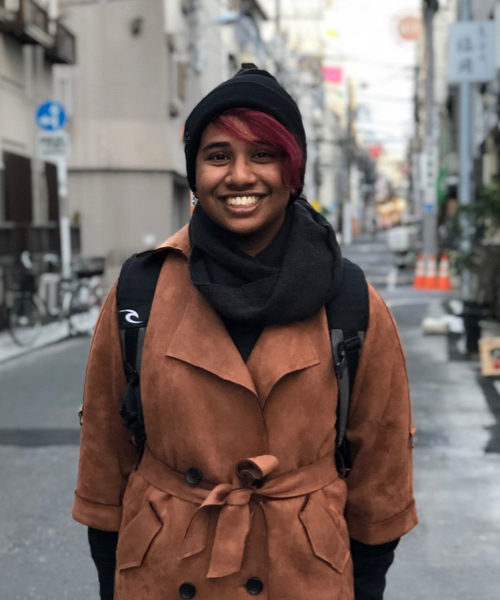 Natasha Vincent (SFS'21) graduated from the School of Foreign Service in Qatar in 2021, with a major in international politics and a minor in Arabic. Natasha studied at St. Catherine's College in Oxford for the 2019-2020 academic year and shared her insights on British culture through the Junior Year Abroad Network.