Two years ago, I was excited but also anxious when I decided to study at Georgetown University in Qatar (GU-Q). On one hand, I was elated at the prospect of studying international affairs at one of my top choice schools. But on the other hand, I had never seriously considered what it would actually be like to study in Qatar. So, you can imagine my turmoil once I was admitted: “Wait, Qatar? QATAR! That is a place in the Middle East. It is a Muslim country; what does that mean for me? What does that mean for my university experience?”

Don’t get me wrong. I am a Muslim myself, but, as I have now realized, that doesn’t immunize me from adopting unidimensional perceptions of places based solely on their depiction in media. I was anxious about studying in Qatar because I had subconsciously internalized messaging from the media that characterized the Middle East as a place of strict religious restrictions.

Certainly, my experiences at GU-Q are impacted by my positionality—as an African Muslim student at a renowned university located in an affluent part of the country. Though I have observed clear socioeconomic divides in Qatari society, it has not personally affected my stay here. I keep this in mind in recognition of the multiplicity of experiences, both positive and negative, that can exist within the same spaces.

I can confidently tell you that my fears were mostly unfounded. Islam informs the laws in Qatar, but I do not get the impression that the laws are unfairly restrictive to non-Muslims or people with other cultural inclinations. The social atmosphere is warm, welcoming, or at least tolerant of differences. If you visit here, you might be amazed by its cosmopolitan nature: you will see people of all ethnic backgrounds living, dressing, and socializing just as they would have in most other parts of the world. Although respect for local culture is demanded, it is never to the extent that it strips residents of autonomy in a suffocating manner. For example, Muslims believe that alcohol should not be consumed. Yet, for my friends who drink, there are perfectly legal means for them to access alcohol. I think of it as a two-sided approach to intercultural tolerance, where the majority of the local society shares certain values while recognizing the need to accommodate other residents who have different ways of life. Thus, I have never felt restricted in the slightest.

Another facet of my experience that I had not anticipated was the extent of liberty that I felt as a Muslim woman living here. Islam demands physical modesty from all Muslims. Amongst other things, this means that we are discouraged from occupying spaces with members of the opposite sex while in any state of undress. For this reason, I had never previously owned a swimsuit: in the countries where I have lived—Nigeria and South Africa—women-only swimming facilities were not accessible. In Qatar, most facilities are co-ed, but female-only options are normal. I can now wear a swimsuit to the beach if I wanted to. This seems like a very mundane thing to be happy about. However, growing up with non-Muslim or non-practicing friends, trips to the beach or pool were slightly isolating for me. It is amazing how something as little as the way you dress can make you stand out in a group of people. I have never minded dressing differently, but I did mind sticking out when with my friends. I appreciate not having to worry about that here.

The gift of female-only spaces is not just for religious women. Some of my friends have expressed relief over having respite from the male gaze from time to time—such as at the gym. It is common for women to feel uncomfortable or sexualized while exercising in co-ed gyms due to the male presence, but in Qatar, one can easily find female gyms. I have yet to meet a woman—Muslim or not—who chooses the co-ed gym over the women’s. Additionally, there are women-only days at parks, women-only salons, women-only dance classes, etc. These spaces often provide a sense of sisterhood and safety that co-ed spaces cannot provide.

All this is to say that studying in a Muslim country has, in some ways, been pleasantly surprising. Just because a country is governed by Islamic principles does not mean that it will be hostile to people with other beliefs or ways of life. I have learned that past experiences and popular media narratives are not enough to give us holistic perspectives on places we have never been. When a place is “different,” I think that there is value in being conscious that our perceptions of it might be skewed or biased. I know now that my initial anxiety about living in an Islamic-governed country—even as a Muslim—was due to a fear of the unknown. Beyond giving new places a chance, we must also give chances to new cultures or ways of life. Who knows? Like me and my friends, you might just be pleasantly surprised. 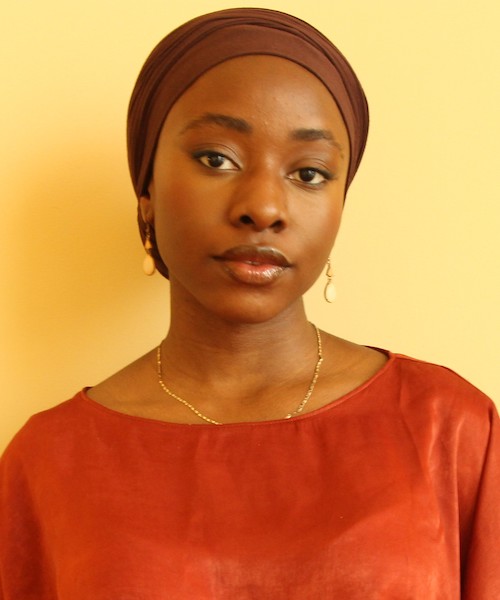 Fatima Ugbede Yunusa (SFS’24) is an undergraduate student at Georgetown University in Qatar and is majoring in culture and politics. She enjoys reading, singing, and dancing to Afro-fusion music. In the future she hopes to do work that supports the development of economic/financial independence for women of all social, religious, and cultural backgrounds. She was part of the fall 2021 cohort of the Doyle Global Dialogue.