Silent Among the Hong Kong Protesters

Every morning on the way to school I walk over black paint on the ground that says, “Free Hong Kong.”

They are familiar words because they are scrawled on walls all over the city, hung as posters in almost every transportation station and shouted loudly from the mouths of the protesters who are fighting for the sentiment they represent. In all, those words remind me every morning that I am studying abroad in a city that is not at peace.

My study abroad program has strictly forbidden any participation in the protest movements that have taken over Hong Kong since July. I know people get nervous hearing about the protests on the news, but it is not physically difficult to avoid them. Even when I first arrived in Hong Kong and was confronted by a large group of protesters occupying the airport, I simply walked through the crowd without interacting with them. At the same time, the protests have infused the very thought of the city. Whether it is professors relating their lessons to the protesters’ demands or exchange students comparing the protests to the political movements of their own country, it seems that the protests are on everyone’s minds.

And they haven’t just inundated people's minds; the protests have changed lifestyles. When I asked one of the local students how his life has been going, he told me it has been very busy lately. When I asked what he’s been up to, he responded with a simple, “protesting.” I know that many of the students I walk to class with at my university, while they say nothing, on weekends they are the masked individuals on the news that everyone is talking about. And yet my weekends are spent going to beaches or going on hikes.

I realize I have found myself as a bystander to a major political movement because I don’t quite think it’s my place to participate.

I know if this were a protest back at home, I would also be very busy protesting on the weekends because I believe in the cause. However, here, I don’t want to impose my belief that democracy is the best system because it is not my place to decide what they should do with their society. My position is built around an experience that is fundamentally different than the one that my Hong Kong peers have experienced and, in my opinion, that makes me unqualified to judge anything they might do. This extends beyond their ultimate goal of democracy. I am very uncomfortable with the violent approach protestors have taken recently. Just yesterday, a man who was shouting support for Mainland China was burned. But as someone who has not experienced the injustices the protesters are responding to or, more importantly, will not have to experience the aftermath of this fight, I don’t think I should be on either side.

My hesitation wholly centers around my status as a foreigner as I do not belong to the community and therefore feel I do not have a right to fight for changes within it. Connected to that disconnection, my identity as a U.S. citizen has influenced my hesitation to express my opinion. I feel sometimes that it is expected that I will act as if I know what is best for another country despite not fully understanding their experience because, in the past, that is what my country has done. Whether in Libya or Sudan, the United States has a history of telling countries that they should want democracy and pushing them to do so without taking into full account their unique cultural and political contexts. I don’t want to be like the United States thinking I know what is best for Hong Kong.

I feel trapped in my role as an outsider because looking in the window, I see the mess and I feel like I know how to clean it up. But it’s not my home. And maybe, for those inside the mess, they just need to throw everything out and start again. Ironically, when I hear the protests, I am actually the one who stays inside.

Yet, I also find myself wondering whether democracy is a personal value that I feel justified fighting for no matter what. I hold some stances on issues that I feel perfectly justified in imposing my opinions on others, despite not having experienced the cultures they arose from. For example, women should be able to drive anywhere, despite Islamic interpretations that said otherwise. Every person of any sexual orientation should be allowed to marry despite religious objections or traditions. Those freedoms I wouldn’t hesitate to fight for in those countries where they are denied despite not belonging to the culture in which they are denied. Should I be protesting too because democracy is one of those freedoms?

As the Hong Kong Executive Council continues to refuse to consider any of the Five Demands put forward by the protesters, I find myself moving closer to the belief that democracy should be a universal value. I am doubling down on the belief that a government should listen to its people and if they don’t, the people should have the right to change the government.

But if I joined in trying to change the government, would it be just as bad as someone who wasn’t elected running the government? As someone who is not being governed, I know my place is on the sidelines. Thus, my semester has felt like I am constantly walking through that crowd of protesters I encountered in the airport on my first day in Hong Kong. I can only take their posters, politely smile at them and continue on my way to school. 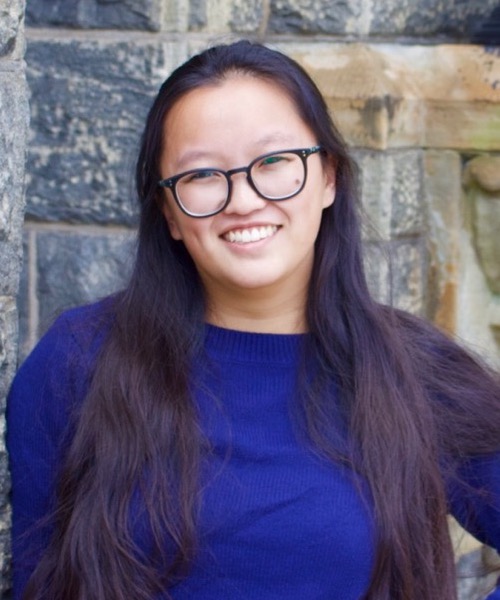 Darcy Palder (C'21) graduated from Georgetown College in 2021 with a major in government and minors in psychology and journalism. During the fall 2019 semester, Darcy studied at City University of Hong Kong and shared reflections on China through the Junior Year Abroad Network.